Behind the scenes of the Roald Dahl Afternoon Tea 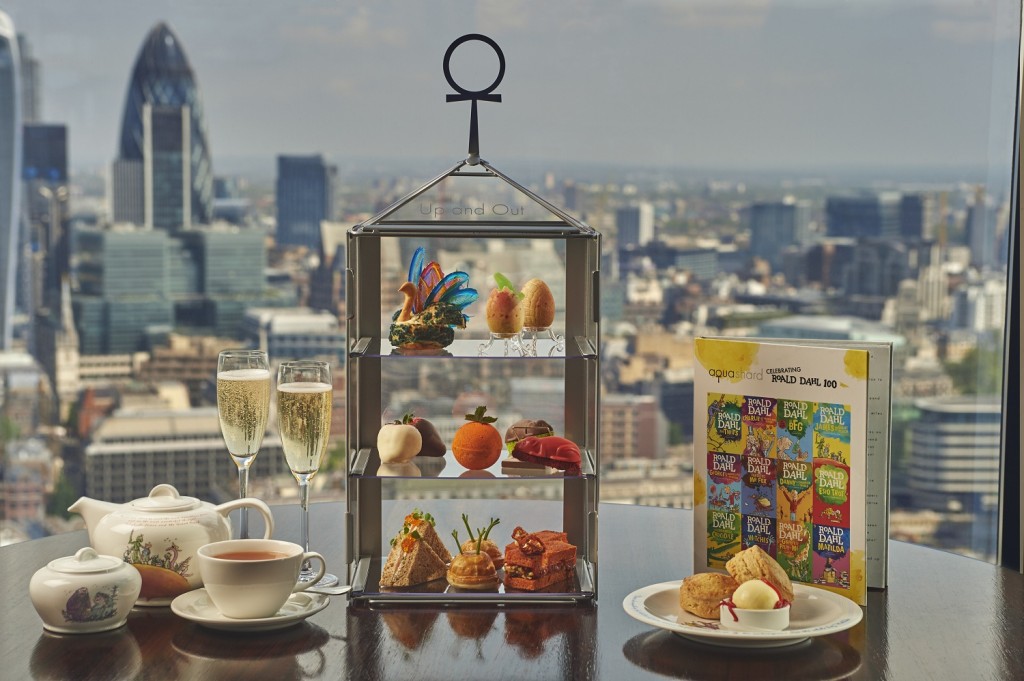 It takes a lot of (fun) work to come with a special Afternoon Tea like the Roald Dahl 100. One of the great things about a menu such as this, is it brings different teams together to create the magic.

All the Roald Dahl books were purchased and re-read by the teams. A briefing sheet of all the food references were put together by Hannah for the kitchen. Head Chef Pip had loved the books as a child, her personal favourite being ‘Danny, Champion of the World’ and had strong ideas about which food elements would work both visually and taste wise.

Once Pip had a list from the books she spoke with Paris, our head pastry chef, and Dale our Executive chef. Between them all, they brainstormed how to create the key items on her list. It was a lot of trial and error – talk, experiment, taste, talk, re-make. 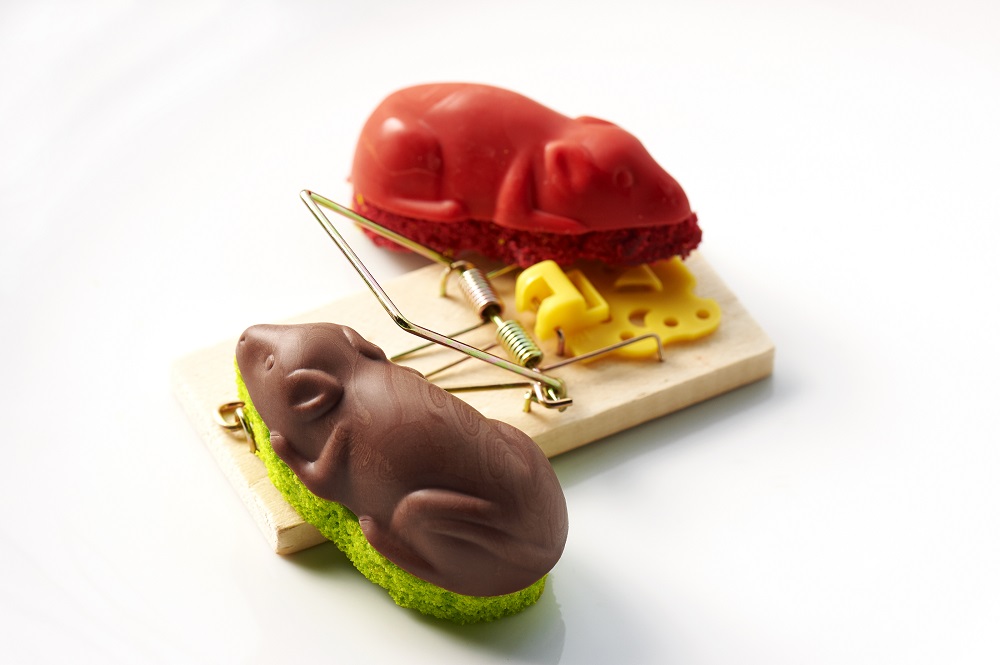 Pip explained that it is very easy to make fun things with chocolate and sugar but you need to find a balance in both flavour and texture, sweet and savoury. The mice from ‘The Witches’ are a perfect example; the chocolate mice looked great and were an excellent way of telling the story, the idea being the ‘ordinary’ mice are filled with pink strawberry, the mice that used to be children filled with ‘formula 86′ – a pistachio cream. After testing this a number of times, Paris came back with a sponge base, to give more texture and balance to the morsel.

The next challenge was working out how to ensure that all the great cooking ideas could be replicated on mass. This involved more talking, testing, talking and re-creating.

Although Roald Dahl wrote children’s books there are many grown up elements to the stories. Capturing those elements was one of the key aims for both teams. There is a lot of grown up fun in the books and they wanted to create a sense of nostalgia, as opposed to a child’s view of the stories.

For Pip and her team this was about creating interesting, complex flavours in a fun presentation. For marketing it was about capturing the particular moments from the books and reminding guests of the complex storytelling.

Hannah and Judy did this through placing well chosen quotes on the crockery and the napkin holders. The sense of fun for guests is discovering the different quotes during their tea, and they can reminisce about what those particular stories meant to them! 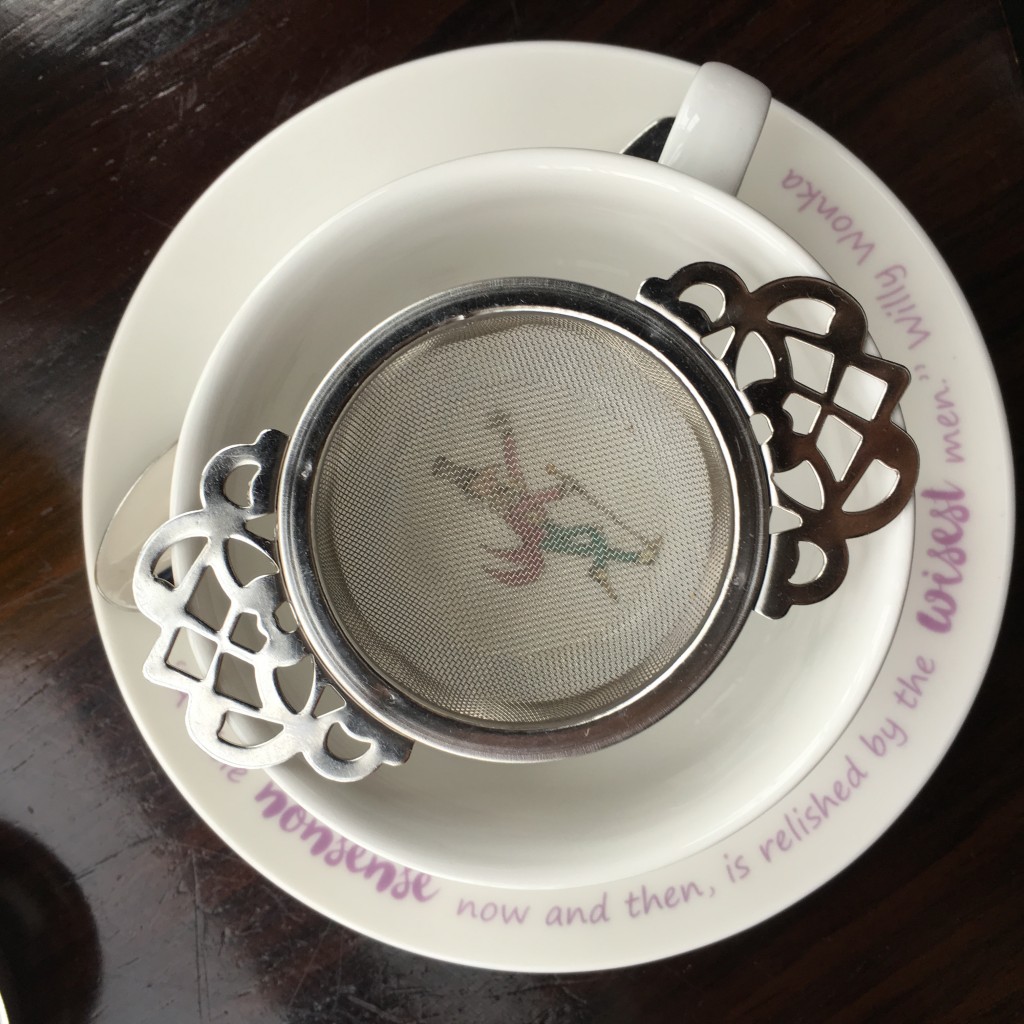 Two of the main jobs that Hannah and Judy had to do was find a way to present the afternoon tea, and to decide how to present the menu. Brainstorming included ideas around Willy Wonka’s hat, the Giant Peach and the glass elevator. Eventually, it was a mixture of logistics and creativity. 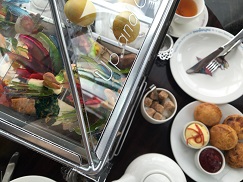 As the elevator was glass this meant we  could design something transparent to display the treats, and it meant it would be easier to clean and store in the restaurant. The glass elevator was also visually reminiscent of the Shard, therefore it became a natural choice!

The hardest task, which might seem like the easiest, was designing the menus. Not only did we want to create something that looked like a book, but also that felt like a book. The weight of materials, and the way the cover felt to touch were as important as the visual.

This particular element took three months to design. First there was research into who could create this – Judy spoke to printers, 3D designers, prop-makers and eventually got them made by a bespoke barware company. Just finding material that could be food safe, easily cleaned, and would sustain the length of the time this Afternoon Tea is running for, took two weeks. Hannah liked the idea of the book being an amalgamation of books and we were able to use the new Penguin book covers on the front. It was Luca, our bars manager who came up with the idea of the edible menu, a special edible printer had to be installed in the office to create these.

As we all know, Roald Dahl creates whole worlds within his stories, Hannah’s idea was to create this world on the windows with some of the favourite characters depicted in a hugely visual way. Large oversized books were also commissioned to display inside the restaurant which Judy designed.

Here is Judy with her oversized books for the restaurant. 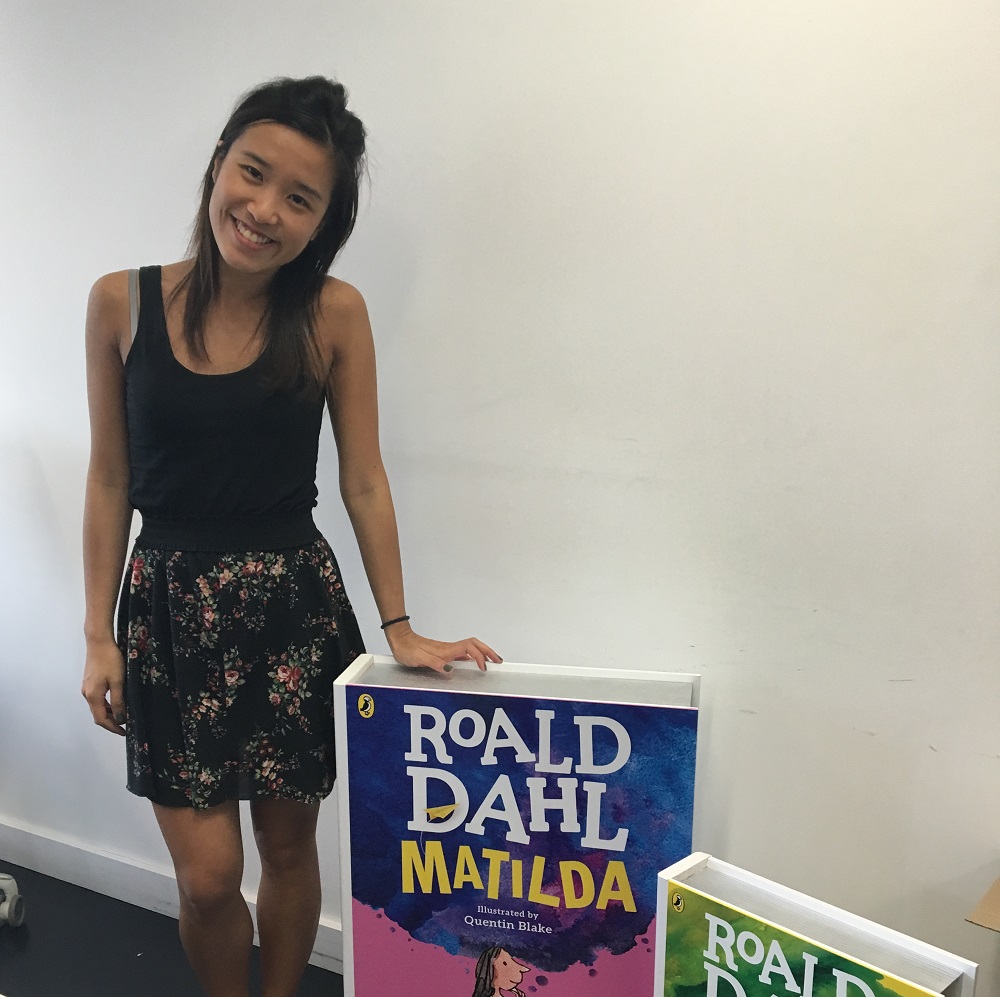 Even though they seemingly worked on very different elements of the afternoon tea, there was a lot of collaborating and exchanging ideas between all teams.

Pip explained, “it’s such an exciting project, and one I was born to do. It was wonderful working with Judy as her enthusiasm matched mine, and spurred us both on”.

The whole team is proud of what’s been accomplished and we all very much hope you enjoy the experience. Book here for Roald Dahl 100 afternoon tea.