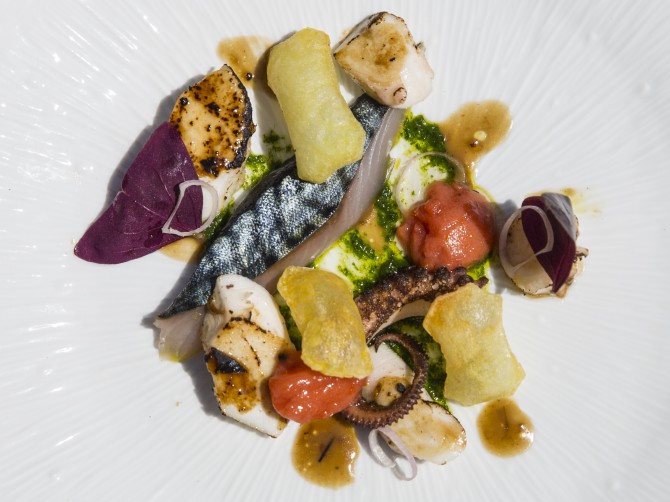 When our executive chef Anthony Garlando set out to create the menu for aqua shard, he envisaged something that would be ‘an evolution of British cuisine’.

To achieve this, Anthony travelled the length and breadth of Britain to find the very best produce, then set about using that produce to reinterpret popular British dishes. Added to the mix were some of the international influences and techniques that Anthony picked up during his many years working with one of the world’s most acclaimed chefs, Pierre Gagnaire.